Keep your money and documents safe

As far as inconvenient travel mishaps go, losing your passport takes the cake. First comes the panic, the “I swear it’s in this bag” blues, and finally the realisation that this has made your journey home a logistical nightmare.

Losing your passport is awful, but it’s not the only travel mishap that can spoil an overseas adventure.

Whether it’s pickpockets, scammers, fake booking websites, or even hacked smartphones, travellers must protect their money and valuables on several fronts overseas.

In this article, we look inside countries where your valuables are most at risk, common ways travellers lose their possessions, and less-obvious threats to watch out for.

Three countries where your valuables are at risk overseas

A Southern Cross Travel Insurance survey revealed that a surprising 60% of travellers had encountered a crime overseas. Let’s look into three countries where scammers, pickpockets, and thieves are commonly found. 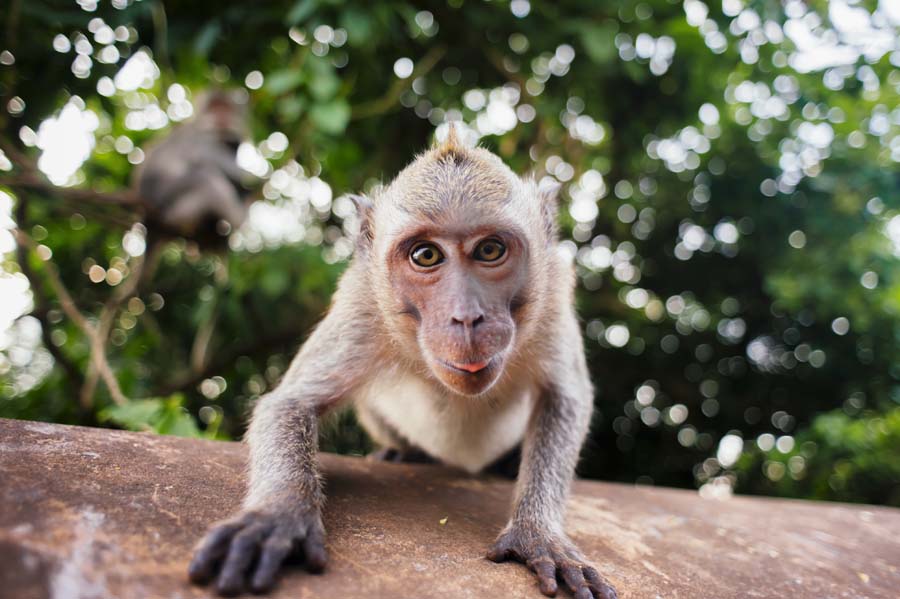 It may be a tropical paradise, but Indonesia isn’t all sun, surf and sand for travellers. Road conditions are often treacherous, petty theft is common, scammers are prolific and even the monkeys can pose real dangers to a traveller’s valuables and personal safety. So it’s little surprise that Bali/Indonesia ranked highest on the list of countries where travellers encountered crime.

Scammers and pickpockets in Bali have their trade down to a fine art, and tourists are their prime target. Some thieves will take advantage of crowded areas where detection is difficult, like markets, restaurants and bars. Others will roam the beaches in search of unattended valuables, or operate around bus terminals and airports.

Thieves like these can be foiled with constant vigilance of your valuables and theft-proof luggage, but other dangers in Bali are harder to sniff out.

For example, some travellers in Indonesia have reported being scammed by tour operators who demand you provide your passport as a security deposit, and then use it as ransom until you pay up. We urge all travellers to never offer their passport as a security deposit, using a photocopy instead. Ensure you only book with a licensed tour operator and read customer reviews before you buy. 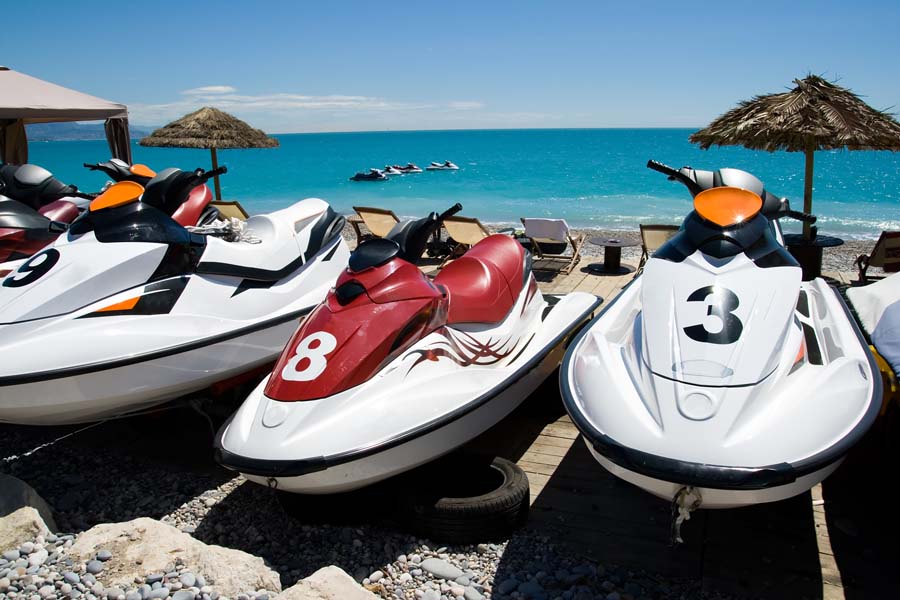 Thailand is second on the list of countries where your money and documents may be at risk of theft. Scammers and thieves in the country are so prolific and so crafty that some of their shams have become internationally famous, like the jet ski scam. Unsuspecting travellers will return the rented jet ski, only for the owner to fake their astonishment at apparent damage to the vehicle. The traveller will argue that the damage was already there, but without proof, they’re forced into paying a large sum of money for repairs.

Another way travellers have been robbed in Thailand is with the ‘bar girl scam’, with solo males being the prime target. An over-enthusiastic bar girl will express a desire to go back to the tourist’s hotel room, only to rob them of their cash when the traveller falls asleep or leaves for the bathroom.

Avoiding scams in Thailand is one thing, but what about keeping your cash and travel documents safe from thieves? We’ll outline some simple ways to protect your money and keep your documents safe further along in this article, but for now let’s look at one more country where your valuables may be at risk. 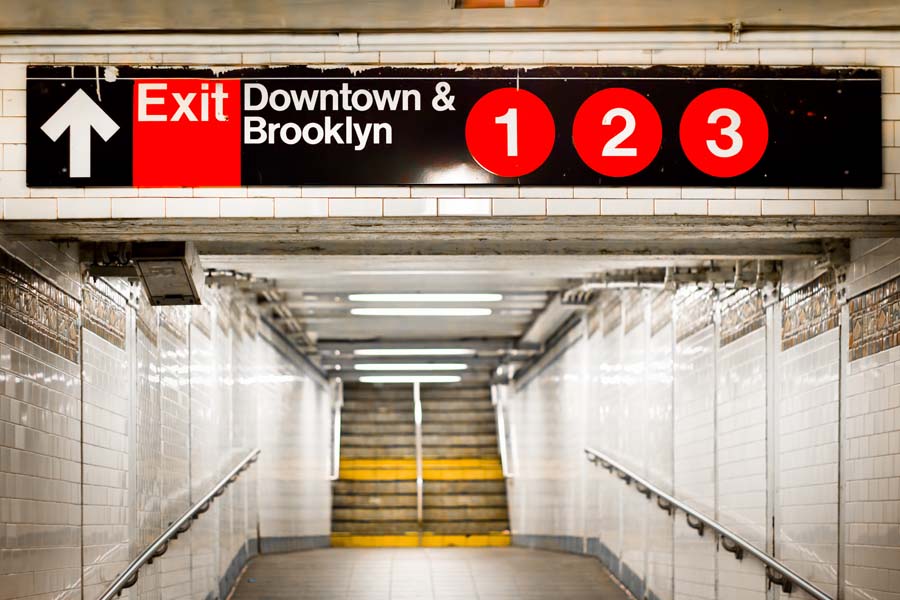 The USA ranked third on the list of countries where travellers encountered a crime overseas. New York City in particular is notorious for its pickpockets who hunt the bustling streets, take advantage of the crowds and slip away unnoticed.

One pickpocket was reported by NY Daily News to have been targeting theatregoers as they waited outside a Broadway show. The thief snatched credit cards, cash and jewellery on several different occasions outside the same theatre. One of the best invitations a tourist can give to a New York thief is carrying their wallet in their back pocket.

The New York Subway is also considered a hotbed of potential danger to travellers. In fact, there is more than one crime committed on the New York Subway every day. The snatch-and-disembark is a common tactic used by thieves on the subway. Thieves will wait until the train doors have almost closed before grabbing your phone, wallet or bag, and disappearing onto the platform. Before you can react, the train doors have closed and the train is leaving the station.

If you’re travelling on the New York City subway, avoid boarding empty carriages and avoid snatch-and-disembark thefts by keeping valuables out of sight.

Sometimes losing your money, valuables and travel documents can’t be avoided. We look at some of the common mistakes travellers make when it comes to looking after their personal property overseas.

The location of your bag can be the last thing on your mind when you’re unwinding on the beach, enjoying a restaurant meal, or deciphering a train timetable. However, leaving your valuables unattended ranks first on the list of sure-fire ways to lose your cash and travel documents.

Remember, we can’t cover you for loss or damage that occurs when your valuables are left unattended.

Avoid by: Ensure your valuables are always kept close by and in sight. For example, instead of draping your handbag over the corner of your chair at the restaurant, keep it on your lap or at your toes. Better yet, keep valuable items stored securely in the hotel safe. 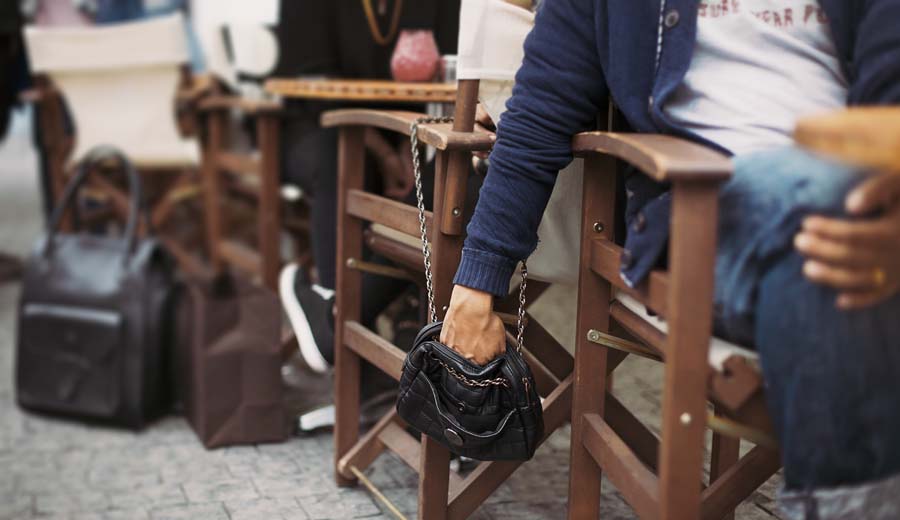 Pickpocketing is another prime cause of lost money and documents overseas. Whether it’s a simple case of undetected theft in a busy market stall, or a more sophisticated scheme, pickpockets can ruin a holiday with the flick of the wrist.

Avoid by: The majority of pickpockets can be foiled by simply staying vigilant of your valuables at all times. Remove any opportunity for theft and they’ll move onto an easier target. Consider investing in a money belt that is worn beneath your clothes, or a decoy wallet that carries only minimal cash and no cards or documents. 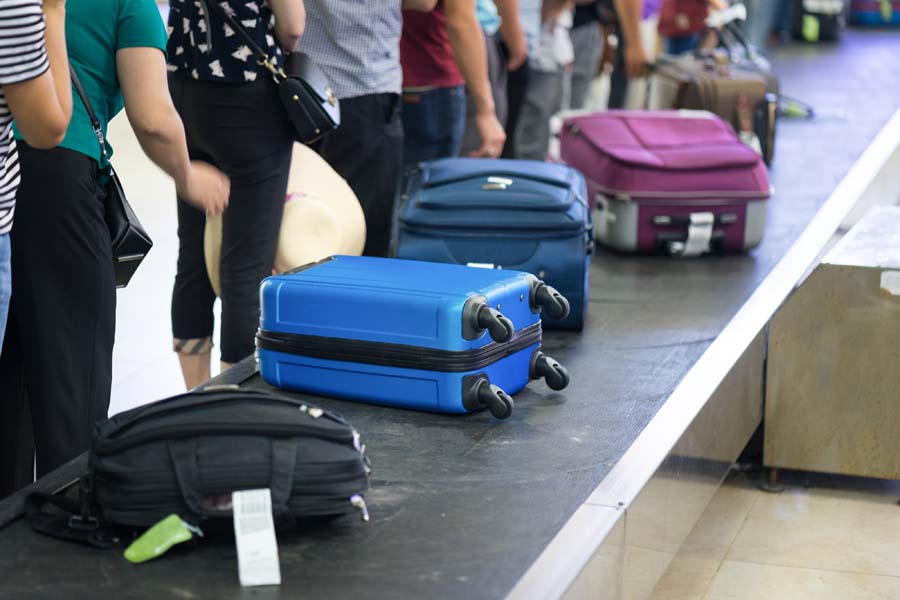 Packing your valuables in checked luggage is an often-overlooked mistake. If you’ve ever had the window seat as the handlers load baggage onto the plane, you’ll know that they’re not always precious with how they treat them - even in spite of that “fragile” sticker on your suitcase. So even burying your electronics in a bundle of clothes isn’t sure to save them from damage.

Avoid by: Always pack valuable items in carry-on luggage, and remember, we can’t cover you for damage or loss that occurs to jewellery, watches, cash, bank cards, travel documents and electronics that are packed in your checked baggage.

4. Carrying more cash than you need

Nothing will bait a pickpocket like flashing around wads of cash. Remember, even relatively small sums of money can represent a year’s wage in some communities overseas.

Avoid by: Carry only what you need. If you’re heading out shopping for the day, make use of ATMs where available and stock up on cash as you need it. Most travel card providers will charge a small fee per transaction, but a small cost beats a large theft.

It can be easy to get carried away at the bar on your well-deserved holiday. However, drinking too much alcohol is a sure way to find yourself in dangerous situations. Not only does it make you vulnerable to theft, getting drunk will dramatically increase your chance of a costly personal injury.

Avoid by: Drinking alcohol in moderation and enjoying it with friends. Don’t accept drinks offered by strangers when you haven’t seen them poured by the bartender, especially in places like Thailand and Bali where drink spiking is common.

Remember, we will not be able to cover you for loss or damage to valuables that occurred as a result of you being under the influence of alcohol or drugs overseas.

Losing your money and documents while travelling isn’t always a case of simple mistakes. Here are three less-obvious ways to lose your valuables overseas. 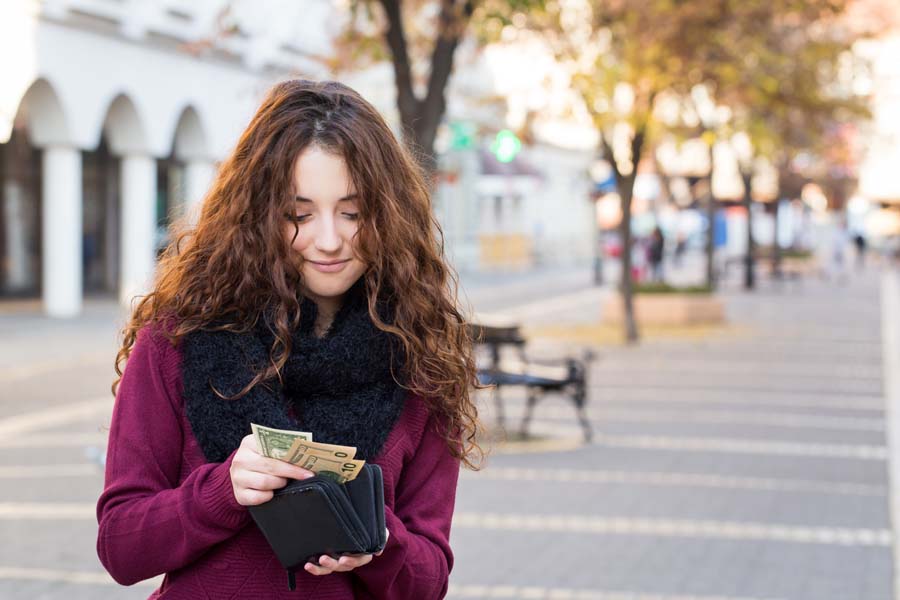 1. Debit cards frozen by your bank at home

One traveller encountered this unexpected situation while on a surfing holiday in Sri Lanka. The small rural town had just one ATM available to visitors and almost no internet service. When the traveller went to withdraw money, the machine churned away and the card was eventually declined.

Stuck without cash and without a functioning bank card, the traveller had to sell their mobile phone at a local market to gather enough money to get them back to the airport across the country. When they reached home, the traveller learned that their bank had declined the ATM transaction and frozen the card due to it being a suspicious withdrawal.

Avoid by: Always inform your bank of international travel. Most banks will have a ‘Let us know before you go’ page where you can list your travel plans, so any transactions that come from these areas are anticipated.

Fake websites have been conning travellers out of their hard-earned money for years. One traveller to Australia even paid $2,250 via Western Union for a Melbourne homestay accommodation, only to discover that the unit number did not exist when she arrived. Situations like these occur all over the world, with scammers going to great lengths to make their websites look exactly like other well-known vendors.

Avoid by: Research the website, the company, the accommodation address, and customer reviews before booking anything online. Travellers should even search for their physical hotel using the Street View feature on Google Maps. Furthermore, be cautious of providers asking for direct payments like money transfer, look for sites with security features like the ‘Secure’ padlock icon in the URL bar, and ‘https://’ before the website address. 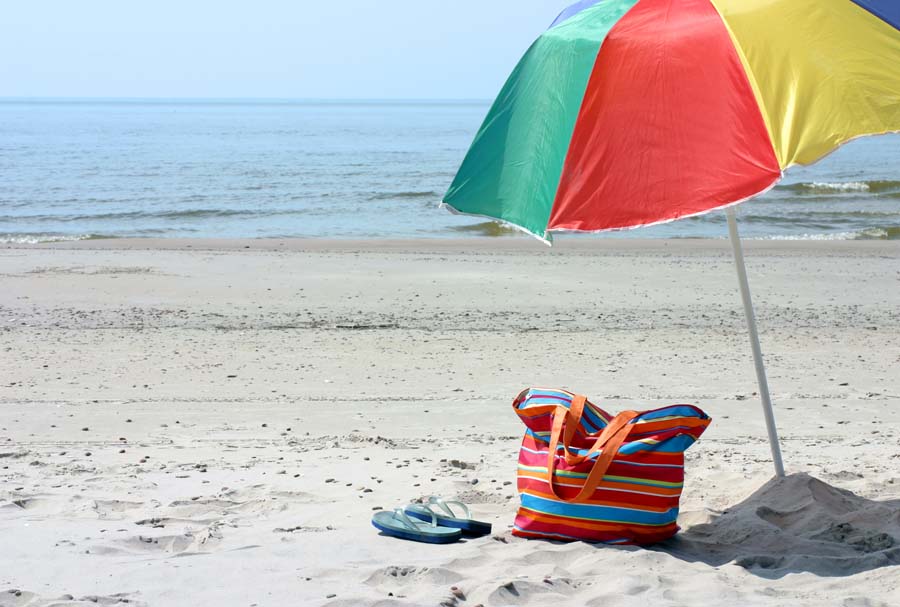 3. Travel documents stolen from your smartphone

Today’s international travellers are connected travellers, and smartphone devices are like a passport. Not only can your phone store almost all of your travel documents (even your boarding pass and hotel check-in information), it’s a window into your finances, your personal life, and your travel plans to come.

That’s why your mobile phone should be protected as carefully as you’d protect your passport. Especially considering that you are two-to-four times more likely to suffer identity theft while travelling.

Avoid by: Keep your financial and travel information from being stolen through your smartphone by avoiding public Wi-Fi connections, deleting phone apps that aren’t required on your holiday, and ensuring your phone is kept safe from theft.

Do you have a story about losing your money or documents overseas? We’d like to hear it if you do. Send us an email at stories@scti.co.nz.

The content of this article is general and provided for information purposes only. It is not intended to be medical advice. Southern Cross Travel Insurance (SCTI) doesn’t guarantee or warrant the accuracy, completeness or currency of the articles.