8 ways to outsmart a pickpocket

The sandwich, the bottleneck, and the actor - these are just a few of the cunning techniques used by pickpockets around the world.

From the slash and grab, to the bump and lift, pickpockets have countless cunning techniques up their sleeves. Today’s thieves aren’t always easy to spot and often work in teams, and unfortunately for travellers, they’re found all over the world.

Luckily, we’ve got some simple strategies to help foil their plans. Here are eight common pickpocketing scenarios and simple ways travellers can avoid them. 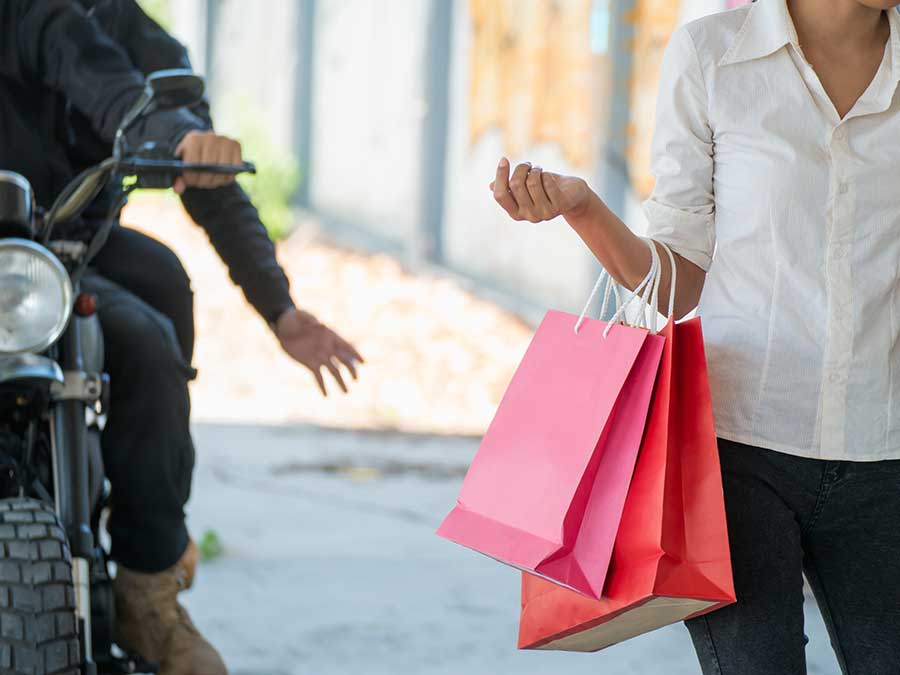 You’re strolling down the sidewalk on a balmy London evening. You hear the buzzing of an approaching moped behind you, but think nothing of it. The buzzing gets louder, and suddenly your handbag is ripped from your arm as you see two men riding away with your purse, your phone and your hotel keys.

These so-called ‘moped muggers’ are becoming a common threat in London, with thousands of drive-by thefts reported each year.

There are a few strategies you can use to avoid a frightening drive-by theft like this:

Deterrents like these might just be enough to make thieves look elsewhere for a target. If you do have your bag snatched in a drive-by attack, don’t hold on! One woman in the UK was dragged across the road with the strap of her bag wrapped around her arm. 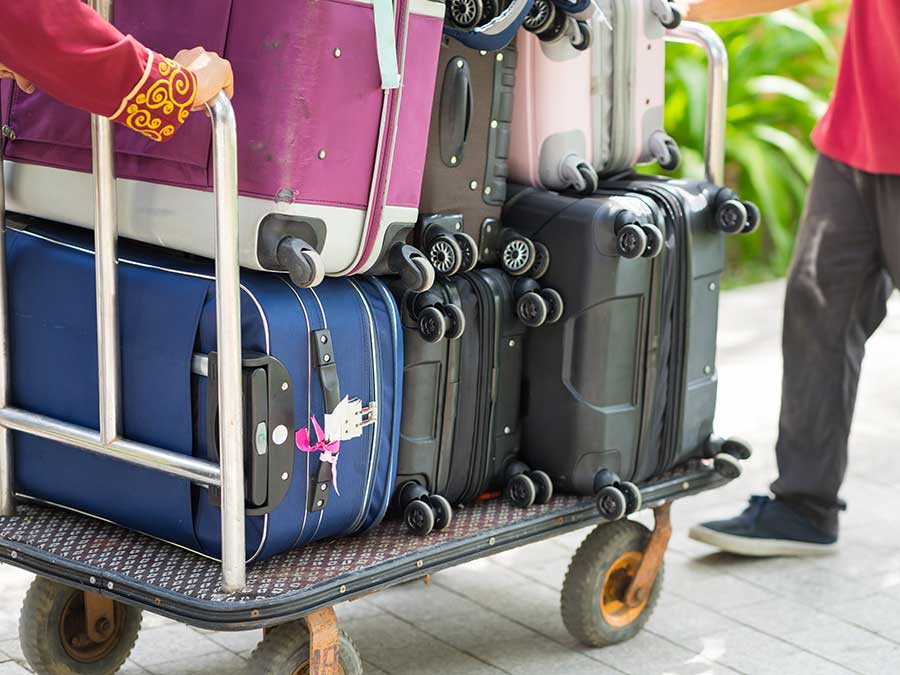 You’re grappling with your heavy luggage as you walk across the train station. A friendly stranger approaches and offers to help, so you hand them a suitcase to carry. Before you know it, the stranger has disappeared along with your luggage into the crowd.

Scams like these are common and effective. After all, what better way to lose your valuables than hand them over willingly to a thief?

You may feel rude rejecting the help of a stranger, but it’s never a good idea to hand your belongings over to someone you don’t know while travelling. 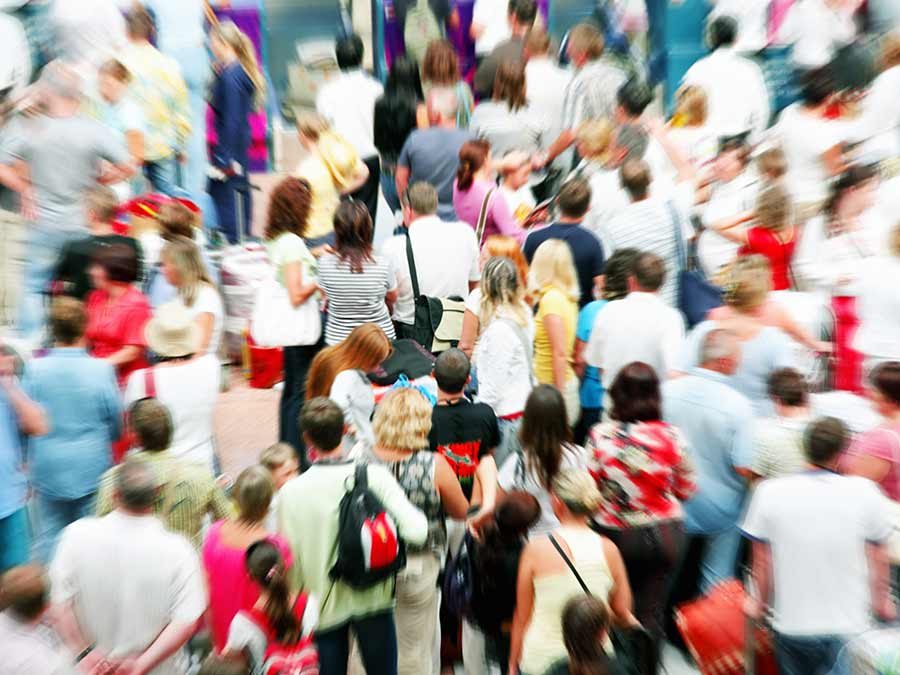 You’re standing on an escalator at the airport, with the people in front of you blocking the way past. Unknown to you, the couple standing in front of you are acting as 'stallers', while the man behind you picks through your backpack.

The sandwich technique is commonly used by thieves in airports, shopping malls, on trains and in markets. The 'staller' works by blocking the target so the thief can operate behind them unnoticed.

Vigilance is the best defence against pickpockets, so keep your bags in front of you, either on you or at your feet when using escalators. If you feel like you’ve walked into a sandwich scam situation, politely but firmly ask the people who are blocking the way to move aside and make your way through. 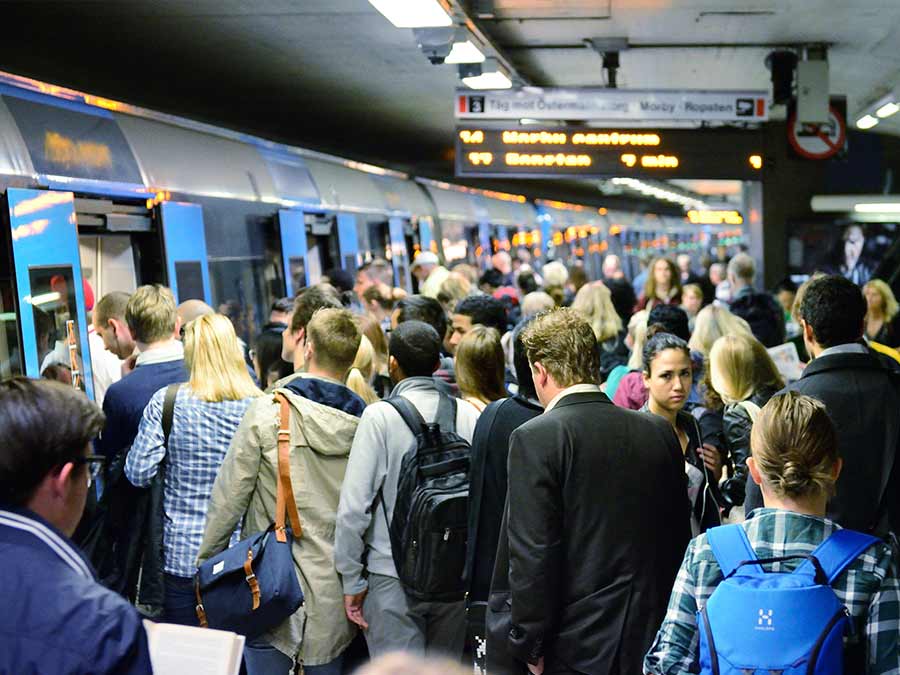 You’re disembarking a train on the London Underground but a crowd of people on the platform are blocking the doors. The passengers in the carriage are squeezed together as they try to exit, and with the mass of bodies, you fail to notice the hand snatching your wallet.

Like the sandwich, the bottleneck technique involves creating a physical blockade to create the perfect environment for thieves. The London Underground is notorious for teams of cunning pickpockets, with around 4,000 passengers falling victim to theft every year. The Underground’s worst-offending stations are King’s Cross St Pancras, Oxford Circus and Victoria.

It’s often said that the best invitation for a thief is a wallet in the back pocket. Keep all of your valuables concealed, and consider using a decoy wallet which holds no cards and a minimal amount of cash to distract thieves. 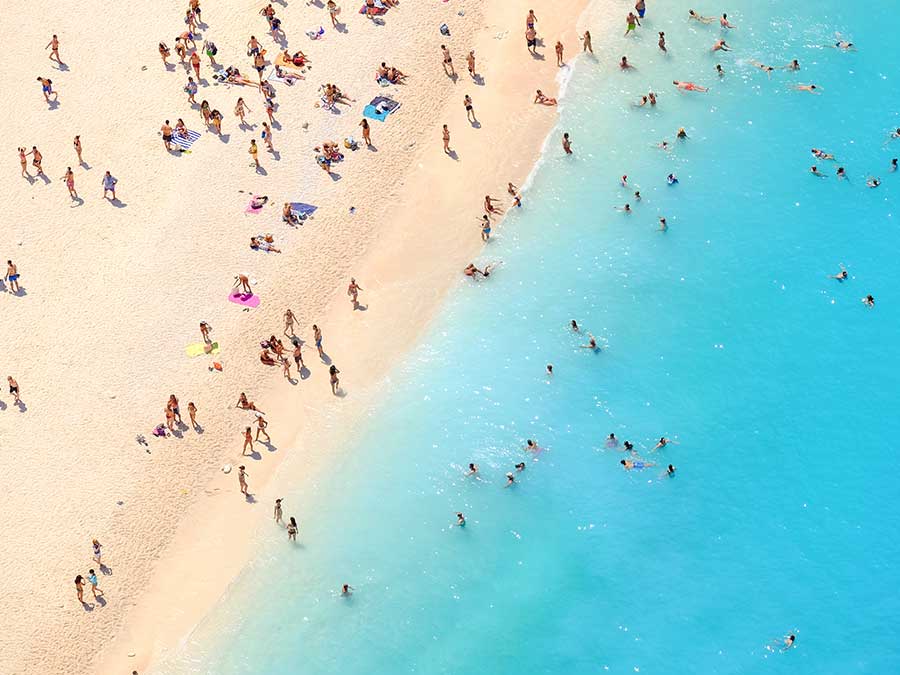 You’re enjoying the sunset on a Thai beach when a couple approach you asking if you could take their photo. You oblige, taking their camera and focusing on the small screen. While you grab their holiday happy snaps, a holiday nightmare is unfolding behind you, as their accomplice picks through the bags you left on your towel.

Acting scams are common and can be difficult to spot. Fake tourists asking for directions, fake charity workers asking for donations, and fake train attendants asking for your ticket can all be effective diversions for thieves.

Pickpocketing is an unfortunate reality of travelling, but a reality nonetheless. That’s why travellers should assume the worst when approached by a stranger, even if you feel rude. The general rule of thumb is to be especially careful if strangers ask for something, whether that be a picture or a donation. 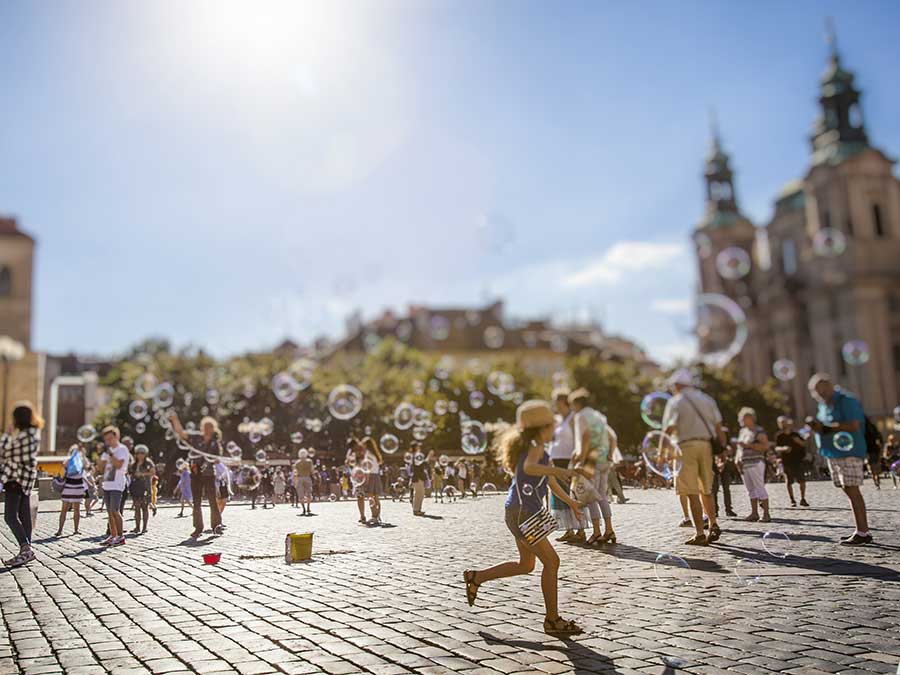 You’re exploring the sights and sounds of sunny Barcelona when a group of children start dancing around you. As you watch them, a tiny hand is exploring the depths of your backpack.

Teams of pickpockets are known to use children to distract targets, as they are more easily trusted and can steal items with minimal detection. Barcelona has emerged as the pickpocketing capital of the world, with more than 300 thefts reported each day.

Again, keep your valuables close to your chest when travelling in crowded places. If you find that your attention is drawn elsewhere, remember to keep the safety of your possessions at the front of mind. 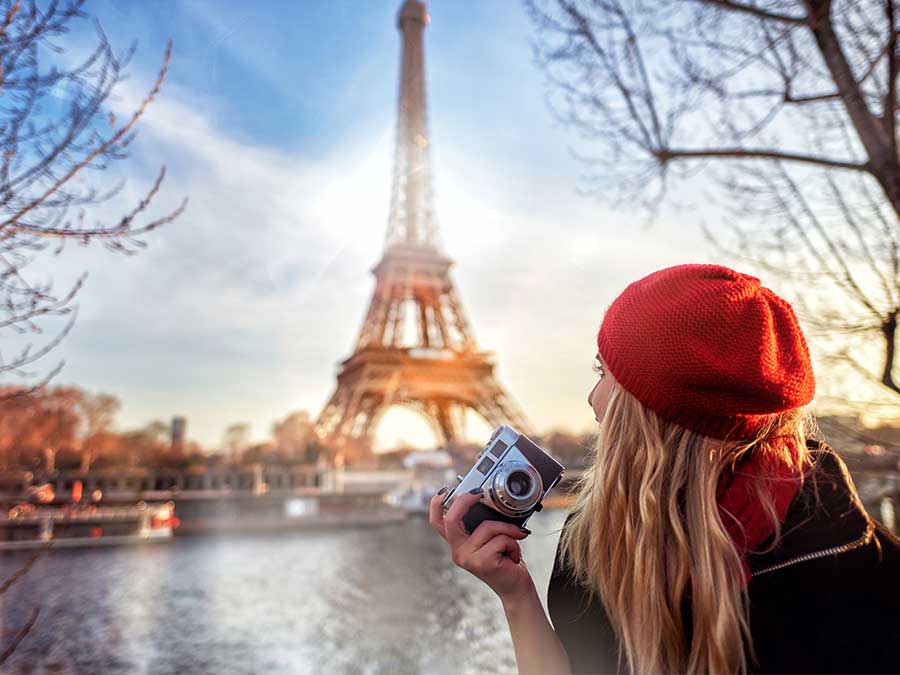 You’re craning your neck to wonder at the Eiffel Tower when a man bumps into you. You both quickly apologise and go on your way. It’s not until you sit down to lunch that you notice your sunglasses have been stolen from where they were hanging from your t-shirt.

The ‘bump and lift’ is the oldest trick in the book for pickpockets, but it relies on a particularly unsuspecting target to work well. The Eiffel Tower is a hotbed for pickpockets, so visitors should be on high alert.

Thankfully for travellers, foiling a bump and lift attempt is easy. Keep your valuables close and don’t wear lots of expensive and/or sentimental jewellery. Try not to take much with you when you're out and about sightseeing, leave it locked in your hotel safe. Keep your wits about you and be aware of these sneaky thieves before they dare to strike. 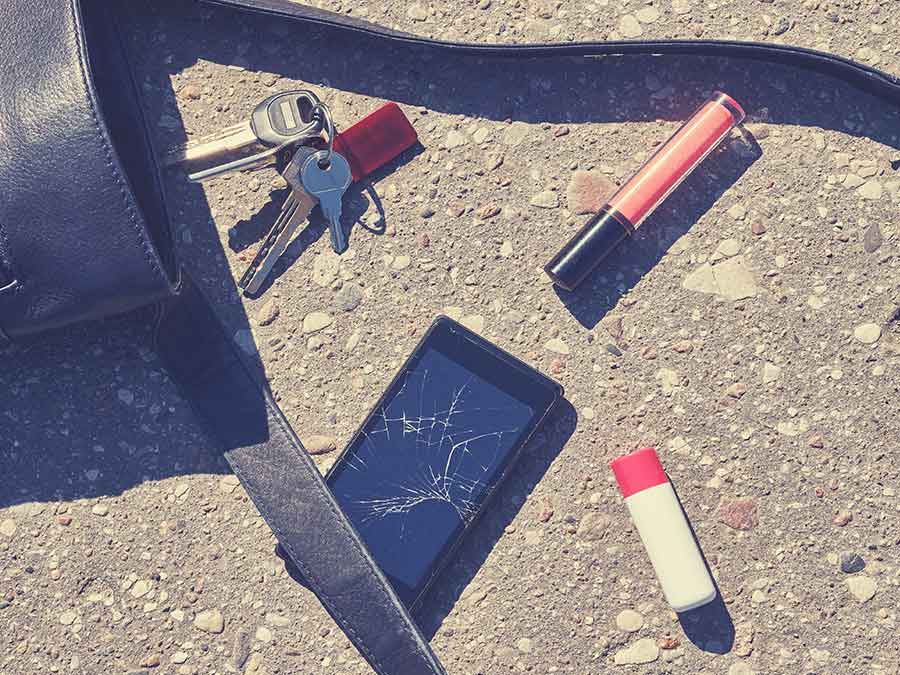 You’re winding your way through a Bali market when you feel a jolt on your back. A thief has taken a knife to your day bag, spilling its contents over the ground and taking off with your valuables.

Pickpocketing isn’t always a delicate affair or an art of distraction. In some cases, it’s an aggressive case of slash, grab and run. Bag slashing is particularly dangerous because it involves a weapon - often small knives or scissors.

Some anti-theft bags are made of tough mesh-like material that is resistant to slashing attempts like these, and can be a good defence against thieves. Better yet, as a proactive measure, leave your valuables and anything else you don’t really need with you locked away in the hotel safe while you're out exploring, or carry cash and cards in a money belt beneath your clothes.

Do you have a story about pickpocketing overseas? We’d love to hear it! Send us an email at stories@scti.co.nz and tell us more.