A foodie’s guide to the USA

The USA’s cultural cuisine suffers from an unfortunate reputation. With doughnut burgers, breakfast on-a-stick, cheese in a can and deep fried butter, it’s easy to see why. However, dig past the sugary, salty and fatty exterior, and you’ll discover that America boasts a tantalising menu catering to all tastes (and budgets).

Whether you’re a curious foodie flocking to Portland’s food trucks, or a refined diner sitting down to a gourmet experience at one of New York City’s Michelin Star restaurants, you’ll find plenty to delight the palate in the USA.

Below we outline the star attractions on the American mixed menu and take you to the states and cities where you can find them. 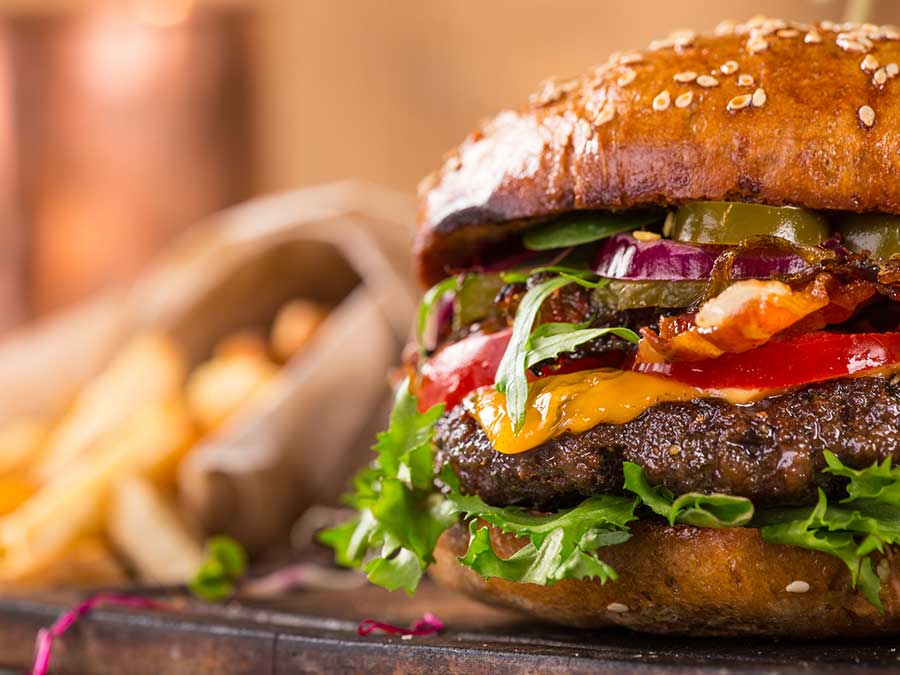 Food in America at a glance

Like its citizens, food in the USA has roots in countries from all around the world. Italian, Mexican, French and even Polish roots form some of America’s favourite fare, like pizza, tacos, hero sandwiches and bagels. Other foods in the country have become US icons, reaching cult status in music, cinema and popular culture (e.g. apple pie, chocolate chip cookies, burgers and twinkies).

Each state has their signature plate, like lobster in Maine, Gumbo in Louisiana and bagels in New Jersey. Pizza reigns supreme in New York, but the USA’s fascination with hamburgers spans all states. Countless burger chains like In-N-Out, Fatburger, Steak ’n Shake and, of course, McDonald’s, serve up their interpretations of the classic bun-beef-and-cheese to diners across the country.

But hamburgers aren’t only enjoyed as a drive thru snack. Gourmet restaurants have their contributions to US burger culture, using truffles, caviar and even gold leaf to bring luxury to the table. The most expensive burger in the country? The FluerBurger 5000 from Fluer restaurant in Las Vegas comes with a price tag of $5,000, including truffles, foie gras and a prized wine to wash it down.

This may sound excessive, but Americans take their food extremely seriously. So seriously, in fact, that former New York Mayor, Bill de Blasio, was ridiculed after he was caught eating pizza with a knife and fork (a culinary sin in the city). The internet erupted with photos of the ‘Forkgate’ incident which labelled de Blasio “a tourist.”

Eating contests are another example of this passionate food fixation. There is even a world body that oversees US eating contests - Major League Eating! According to their website, “The ESPN broadcast of the Fourth of July Hot Dog Eating Contest has generated a higher rating than any Major League Baseball telecast on July 4 in the United States.”

$5,000 burgers and 73.5 hot dogs in 10 minutes may not be to the taste of all travellers, but the US offers countless eating experiences across all states. Now let’s look at where to find them.

Eating in the USA isn’t all burgers, bagels and pizza. The country boasts a handful of restaurants that have been awarded three Michelin Stars. According to the Michelin system, a three-star ranking means the restaurant offers “exceptional cuisine that is worth a special journey.” Michelin haven’t revealed exactly what they look for when awarding their coveted stars, but diners can expect the kind of fare that looks more like a piece of art than a meal.

There are only a handful of US cities that can boast a three-star Michelin restaurant. As of 2017, Chicago, New York City and San Francisco each have a few three-star attractions worthy of that “special journey.” 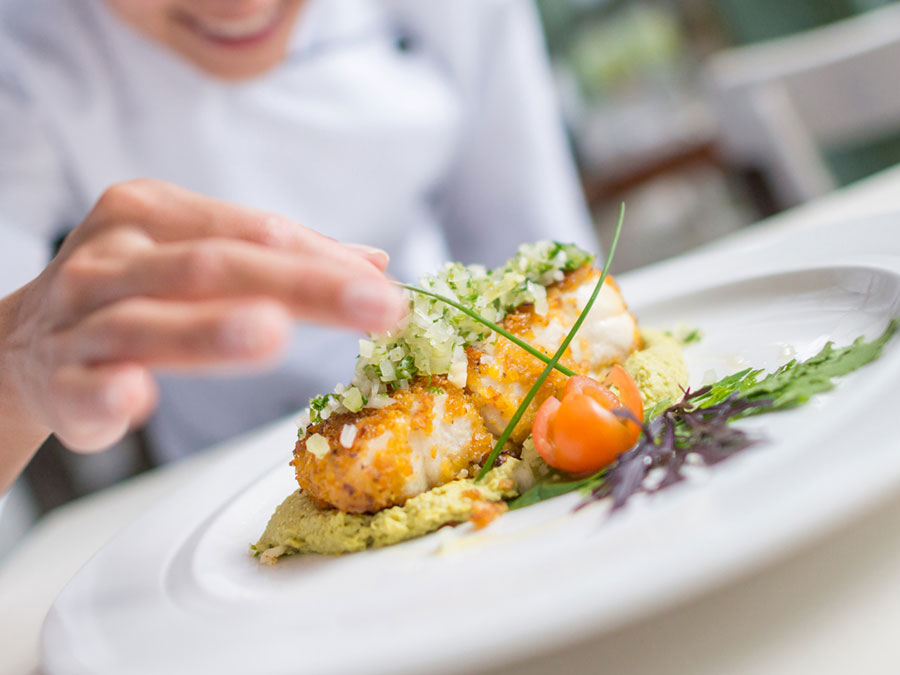 It’s no surprise that New York City has consistently featured the most three-star Michelin restaurants in the country. The “Big Apple” is the epicentre of contemporary US culture, and its diverse cuisine reflects its diverse residents.

The famous Eleven Madison Park restaurant is perhaps the city’s star culinary attraction, and often features on S. Pellegrino’s annual ‘The World’s 50 Best Restaurants’ list. Dining at Eleven Madison Park is more of an experience than a meal. According to one New York Times review, “one dish emerged from a dome of smoke, another from a picnic basket. Waiters performed card tricks and delivered detailed lectures about ingredients and folklore.” They keep their menu close to their chest, however the food is best described as elegant and minimalist.

Other three-star restaurants in New York City include Jean Georges, Le Bernardin, Per Se, Masa and Chef’s Table at Brooklyn Fare. The Chef’s Table is another more contemporary dining experience, where guests sit at a communal table in close proximity to the master chefs.

If these are beyond your budget or not to your taste, foodies can still find a unique gourmet dining experience in New York City with more recognisable fare. Bloomberg’s ‘Best Burgers’ list is enough to keep burger-lovers at bay with all kinds of unique creations.

If one place can rival New York City’s gourmet dining experience, it’s San Francisco, which also features a handful of three-star restaurants, including the renowned Saison. You won’t find much information on their website, which adds to their mystique. However, read any review of the tasting menu and you’ll be baffled by the complexity of the dishes (and their price tag).

San Francisco’s Quince is a recent addition to USA’s three-star club. With meals named “A Dog in Search of Gold”, you can expect a dining experience beyond the norm. Quince serve Italian and French cuisine, using the best seasonal ingredients, embellished with the usual luxuries of truffle and caviar.

Benu rounds out San Francisco’s three-star restaurants, but any stroll around Union Square will yield enough to keep any food-lover excited.

Chicago is currently the only other US city with more than one three-star Michelin restaurant, home to Alinea and Grace. Both restaurants serve elaborate tasting menus with meticulously crafted dishes of New American fare. Grace’s menu is interestingly divided into “flora” and “fauna”, featuring unique flavours like honeydew, king crab and white truffle. Alinea, like other upmarket dining venues, prefer to be more secretive about their menu. But at almost $400 per person, you can expect to be dazzled.

While there are luxury dining experiences to enjoy, no visit to Chicago would be complete without a good deep dish pizza. Chicago is famous for its signature pizza style, and travellers will find no shortage of venues claiming theirs as the best.

The restaurants listed above are soaked in prestige, reputation and cost. When their often high-profile guests sit down to a meal, they expect an unforgettable elegant experience - one that certainly doesn’t involve an obnoxious patron shouting into a mobile phone.

If you decide to fork out on a gourmet meal, keep in mind these etiquette tips:

Street food experiences in the USA

To some people, the phrase “street food” conjures up images of ice cream cones served from the side of a Mr Whippy van. To others, the phrase ‘street food’ is enough to turn the stomach, perhaps after an unlucky encounter with some off mayonnaise. To Americans, however, street food isn’t only something to snack on when waiting for the bus - it makes up one of the most creative and exciting sections of the country’s menu.

If quirky, bite-sized and relatively cheap food is your kind of flavour, you’ll find plenty to enjoy in these three cities: 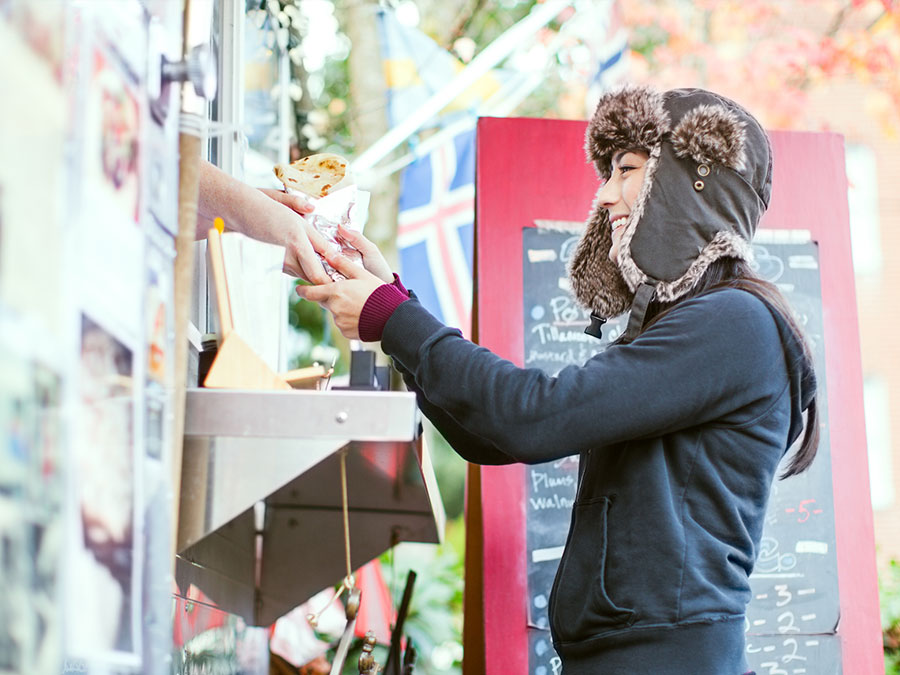 Portland is Oregon’s eccentric, vibrant and proudly quirky capital city, famous for its arts, culture, music and street food. The city has up to 800 street food vendors operating every day, which are famous for their varied and compelling cuisine. Some of the most popular street food is served from food trucks. Wander through Portland’s food trucks and you can expect everything from octopus balls to Ethiopian delicacies. The food trucks congregate in what are known as “pods” by locals, which can be located on a food cart map on any given day.

Their food may be served in a takeaway container, but Portland’s food truck operators don’t take things lightly. According to Thrillist, “Portland’s street food scene is like a staging ground for the restaurants of the future.” Check out the Food Carts Portland website for updates and information on the city’s street food scene. 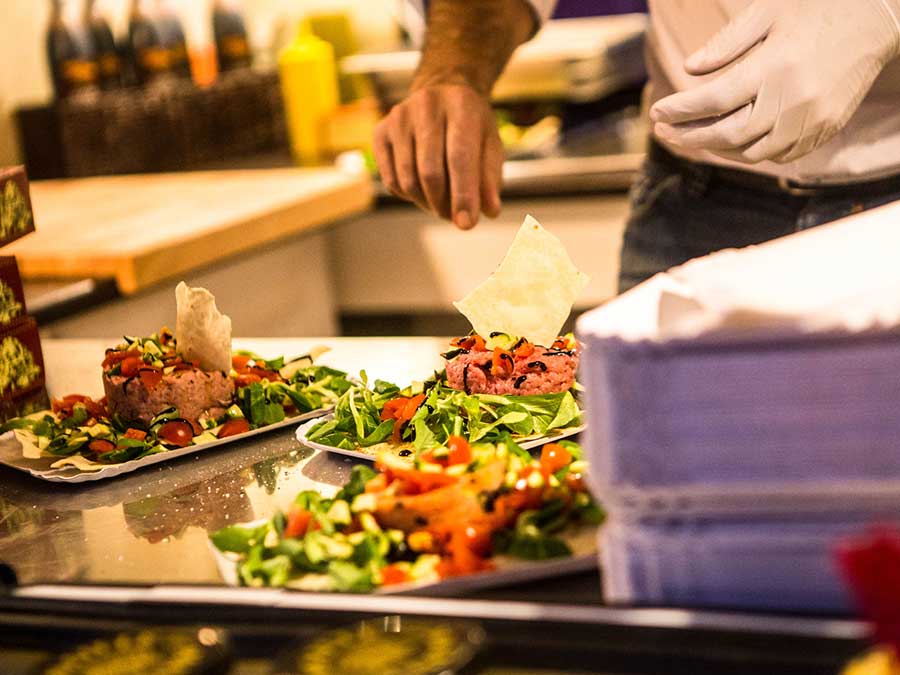 The Roaming Hunger website lists some of Los Angeles’ most popular food trucks and where you can find them on any given day. 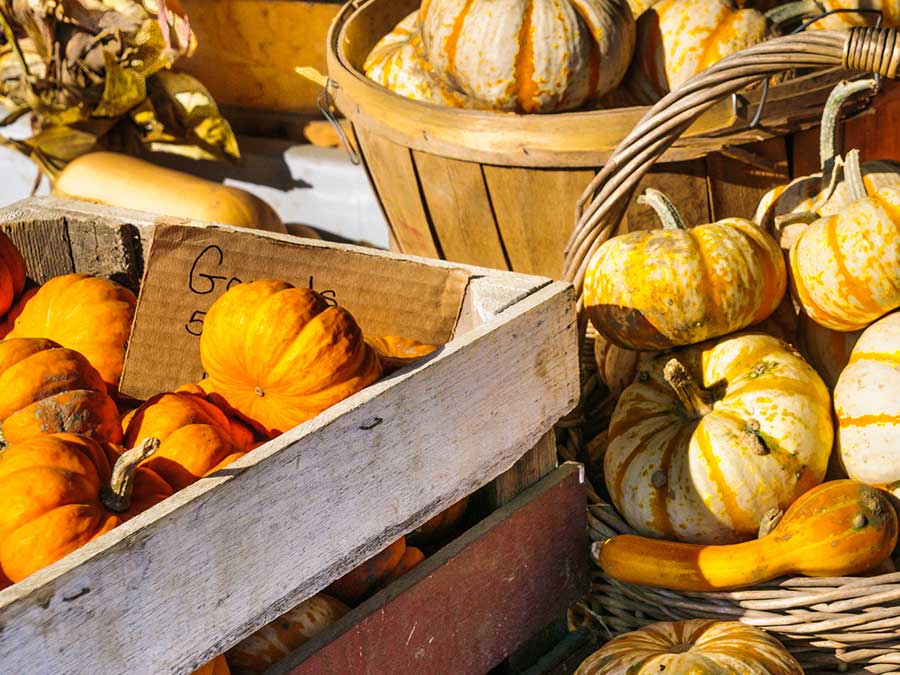 Boston may be renowned for its universities, colleges and educated professional citizens, but the city’s food truck scene can rival anywhere in the country. Trucks like “Amigos Locos”, “The Chubby Chickpea Mobile” and “Boston’s Baddest Burger” are some of Boston’s most popular, according to Roaming Hunger.

But the Bostonians crave one street food over all others - the classic hot dog. A number of food trucks in the city, like Fred’s Franks only serve hot dogs, and others explore designer dogs soaked in cider and marinated with chilli.

Street food may be the perfect quick snack while exploring a city, but choose your truck incorrectly and you could be in for a nasty stomach. Maintaining a clean kitchen can be more difficult when it’s on four wheels, so it’s important you be selective about which food trucks you eat from. Remember to:

Whether it be a gourmet creation at one of the country’s prestige restaurants, or a simple food truck burger from a local favourite, the American menu has something for everyone.