Downtown to desert: Culture in the USA

50 states, over 325 million people, nine time zones and over 16,000 McDonald’s restaurants - welcome to the United States of America.

To an outsider, the USA can seem like a sitcom, starring larger-than-life characters like Ellen DeGeneres, Kanye West, and of course, Donald Trump. Yet beyond the headlines and the Hollywood glitz and glamour is a society that is rich in culture and staggeringly diverse.

Daily life in the modern tech hub of Silicon Valley, for example, is a world away from the traditional southern farming communities of Alabama. American states are unique in laws, values, temperament and taste. And Americans themselves come in all shapes and (super) sizes, incomes, ethnicities, religions and political preferences.

For travellers, this is as exciting as it is challenging.

Below we outline how travellers to the USA can get the most out of their journey, whether it be to Manhattan or Mississippi. We dive into the cultural customs, etiquette, safety and style of each of USA’s regions.

Stars and stripes at the ready, let’s go from downtown to desert.

At a glance: population, cities and geography 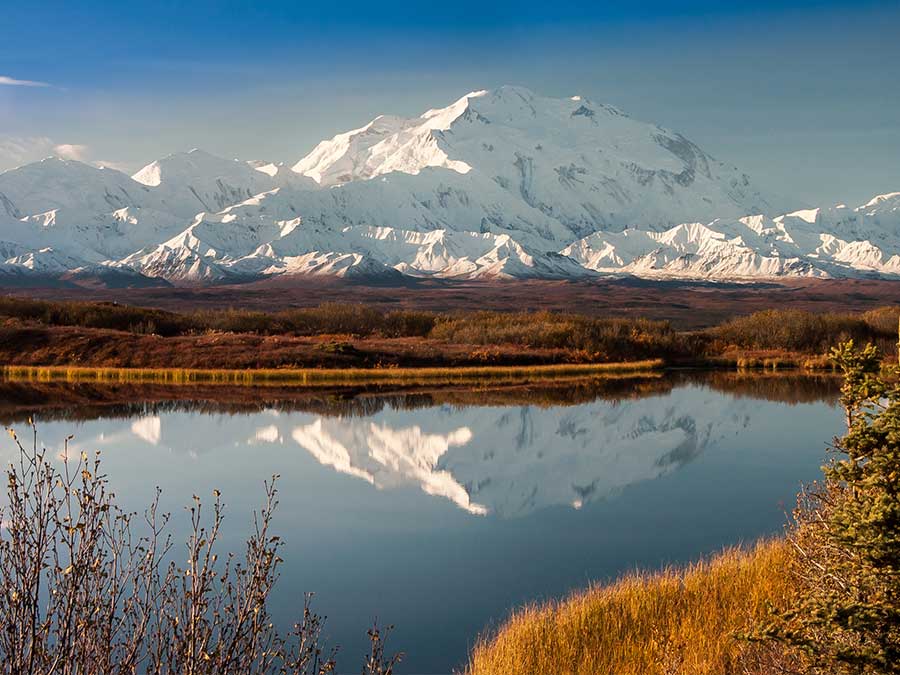 Before we launch into the nitty gritty details of contemporary American culture, let’s get the statistics out of the way.

The USA is the world’s third most populous country, behind India and China. Geographically, it’s the fourth largest country in the world, spanning nine time zones. It has 50 states, including Alaska to the north west of Canada and Hawaii in the Pacific Ocean.

Washington, D.C. is the capital of the USA, and New York City is the largest city in the country, with around 9 million residents. Los Angeles, Chicago, Houston, Philadelphia, Phoenix, San Antonio, San Diego, Dallas and San Jose round off the top ten most populated cities in the USA.

The natural landscape of the USA is as varied as the country’s residents. From the snow-capped peaks of Colorado, the placid beaches of Miami, sweeping deserts of Arizona and lush forest in California’s Sierra Nevada mountains, US geography forms a large part of each state’s identity.

The USA is divided into four regions, and each has its own unique flavour. We examine the culture in each of them below. 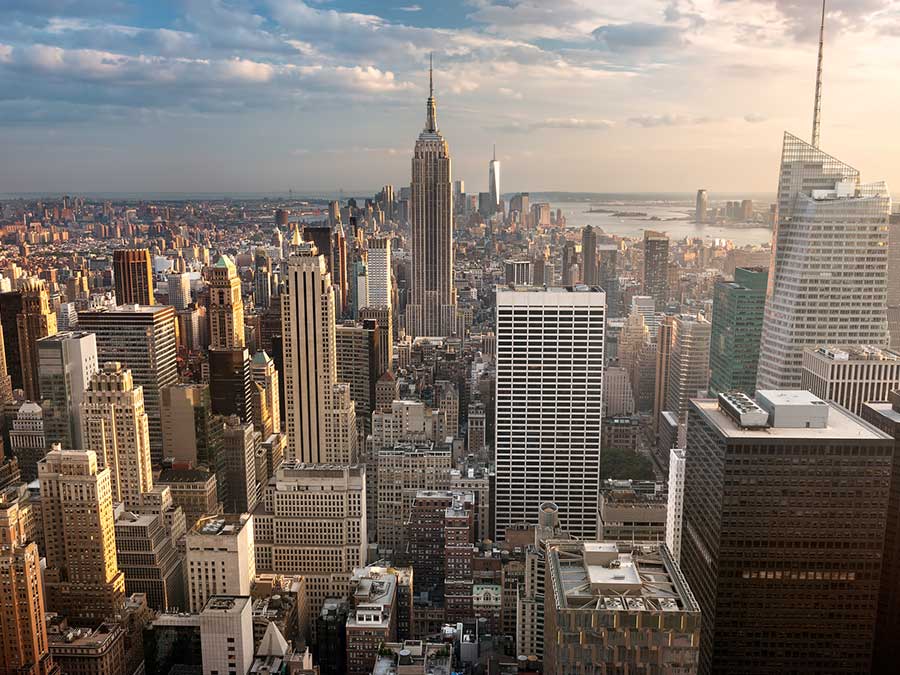 The sheer size of the USA and the staggering variety of people who call it home make it difficult to pin down American culture in a sentence. Likewise, each of the country’s big cities has its own distinct flavour. If you’re planning to travel to one of America’s urban hubs, like San Francisco, New York, Boston or New Orleans, do your research into the cultural quirks unique to each city.

However, travellers can gain a good overall understanding of modern American urban culture just by looking into the sights and sounds of New York City, the main attraction in America’s Northeast.

NYC, “The Empire City”, “The Big Apple” - whatever you want to call it, New York City should be high on the bucket list of any visitor to the USA. Landmarks like the Statue of Liberty, Times Square and Central Park can be found on postcards, t-shirts and coffee mugs, but dive a little deeper and you’ll discover New York City has an even more compelling identity beyond the well-worn tourist hotspots.

New York City has five boroughs: Manhattan, The Bronx, Brooklyn, Queens and Staten Island, which are all distinct in their own way. From Manhattan’s Chinatown, Little Italy and Broadway, to Brooklyn’s thriving art scene, Queens’ incredible ethnic diversity and the musical heritage of the Bronx, New York City represents just about every element of modern American urban culture.

All of the people who call New York home have made their mark in some shape or form, whether it be in the restaurants of Little Italy or the jazz bars of Brooklyn. Getting the most out of New York City’s many faces is only a matter of research, good preparation, cultural awareness and a curious mindset. 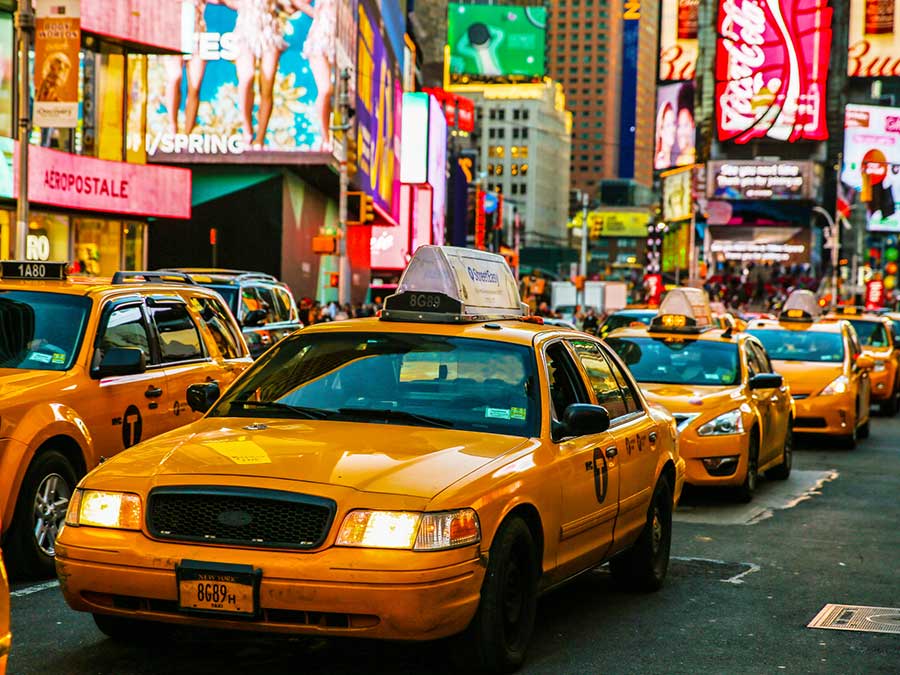 New York City welcomes almost 60 million visitors each year, and as such, tourists are a part of daily life for the city’s residents. However, travellers often get a bad rap. Many New Yorkers see tourists as stereotypical sightseers who block busy sidewalks and gawk at the size of the buildings.

Here are three quick culture tips for visitors to New York and other Northeastern cities, so you can be commended on your travel etiquette: 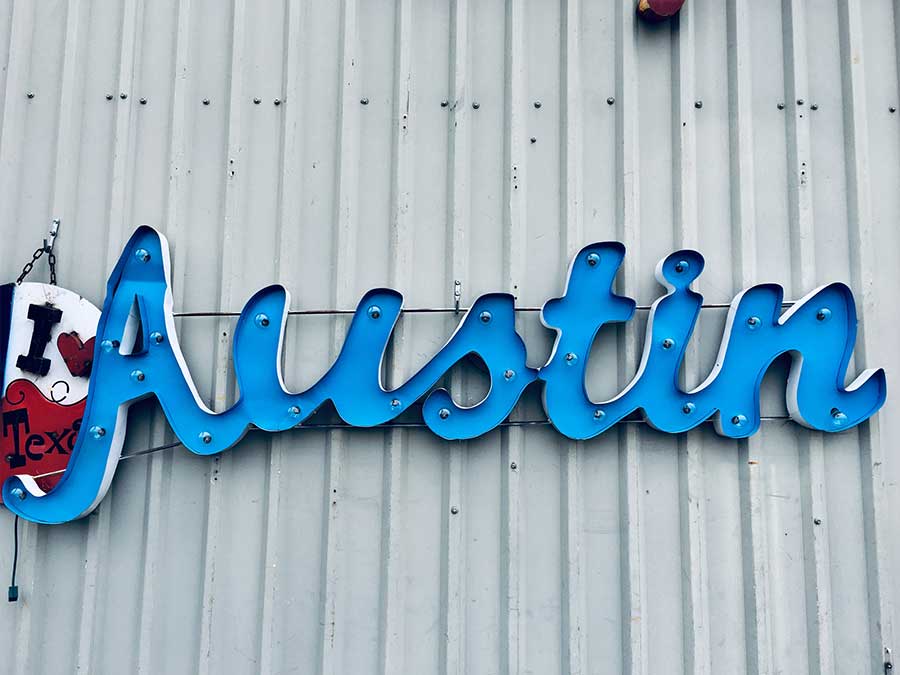 Whether it be Mississippi, Alabama, Texas or Tennessee, the Southern states of America can seem a world away from their Northern neighbours.

Generally speaking, the South is defined by a more socially conservative, church-going and rural culture. In fact, surveys conducted by the Pew Research Centre revealed that Alabama is the most religious state in the country, with other Southern states Mississippi and Tennessee in second and third spot. Unfortunately, the Southern states of the USA are also some of the country’s poorest, with significant wage inequality and childhood poverty rates.
Nevertheless, Southern states offer so much to travellers who go in search of a deeper understanding of US culture, outside of the high-rise buildings and bustling city streets.

Mississippi has long been a favourite of music lovers, who walk the Mississippi Blues Trail and enjoy some of the many blues and roots performances throughout the year. Mississippi is widely considered the birthplace of blues music, and the world-famous former home of blues heroes like B.B. King, Muddy Waters and John Lee Hooker. History buffs also lose themselves in Mississippi’s sometimes-troubling past, which has been defined by slavery, civil war and the enduring struggle for civil rights.

Culture tips for “The South”

As mentioned above, the Southern states of America provide a compelling contrast to their Northern neighbours. While not as hustle-and-bustle as New York City, travellers need to stay on their guard when visiting Southern cities. Here are three culture tips for travellers to the South: 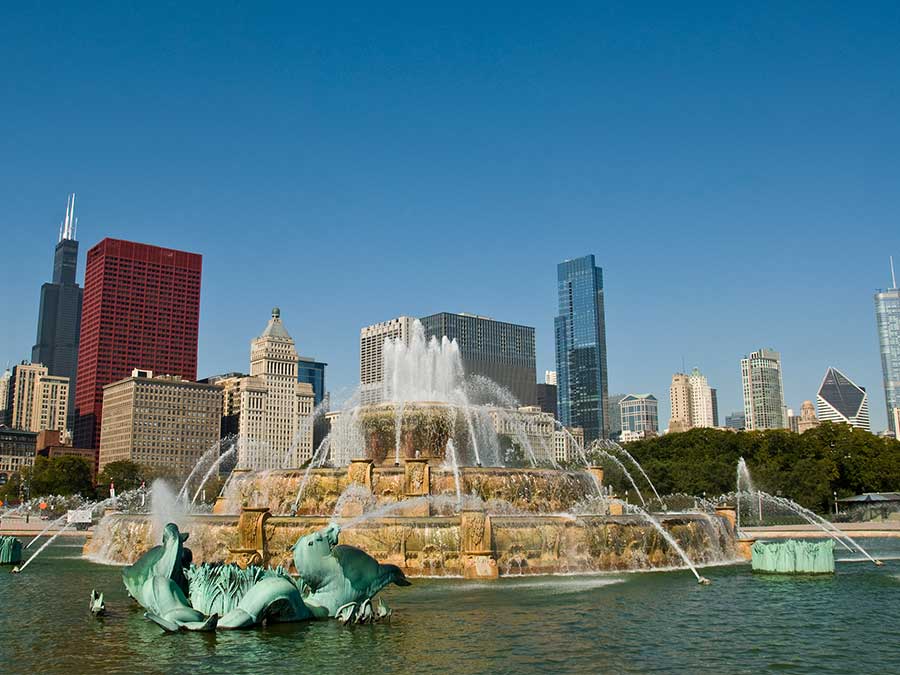 The American Midwest is beloved for its sweeping, grassy plains that roll long into the distance. Despite the serenity of the landscape, Midwestern states like Kansas are infamously prone to tornadoes.

However, the Midwest has its fair share of global cities, too. Home to over three million people, Chicago is the region’s largest city and famous birthplace of improvised comedy, home of deep dish pizza and affectionately nicknamed “The Windy City.” Like New York City, Chicago is an incredibly diverse modern hub with distinctive neighbourhoods, so do your research and start exploring.

Culture tips for the Midwest

USA’s Midwestern states are diverse, yet there are a few cultural similarities that travellers should take note of: 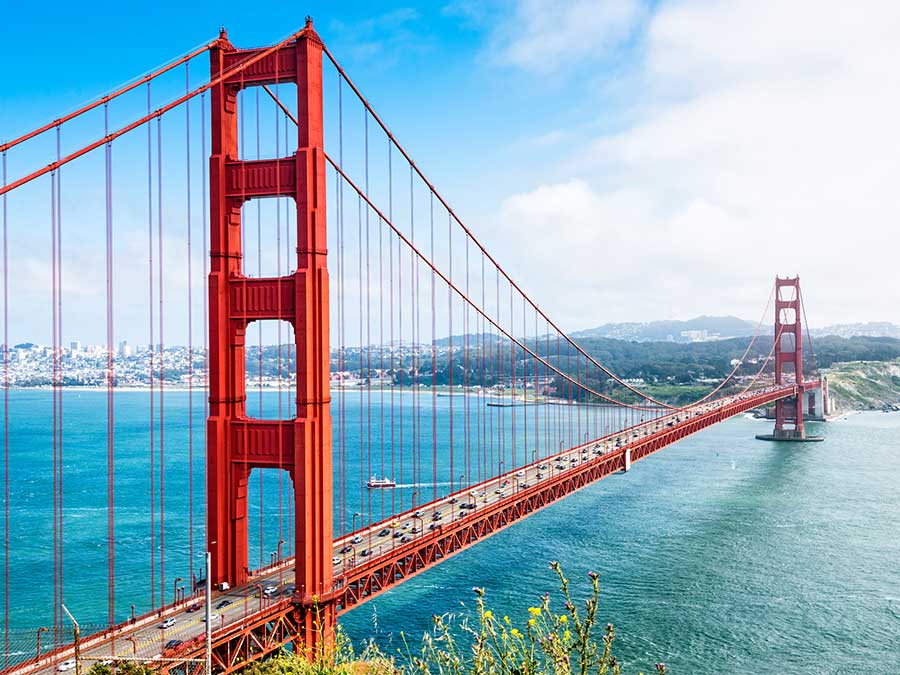 From the sun-drenched beaches of California to the mountain summits of Colorado, America’s Western region is the country’s largest and most geographically diverse. In fact, the Western region is so varied that it’s often divided into sub-regions. The Mountain States include Arizona, Idaho, Montana, Colorado, New Mexico, Utah and Wyoming, and the West Coast comprises of California, Oregon and Washington.

The West covers more than half of the USA’s total land area, so it’s understandably one of the most culturally diverse regions in the country. The detached states of Alaska and Hawaii are also considered the West, just to make matters more confusing. For the purpose of simplicity, we’ll focus on culture in California, which welcomes the most international visitors of any state in the region.

In California, the region’s Latin roots are prominent in just about every aspect of daily life, from cuisine to music and architecture. In fact, over 40% of California’s population is of Hispanic or Latino origin. The state boasts some of the USA’s biggest tourist attractions, like the Golden Gate Bridge in San Francisco, Disneyland in Anaheim, Yosemite National Park and Hollywood in Los Angeles. 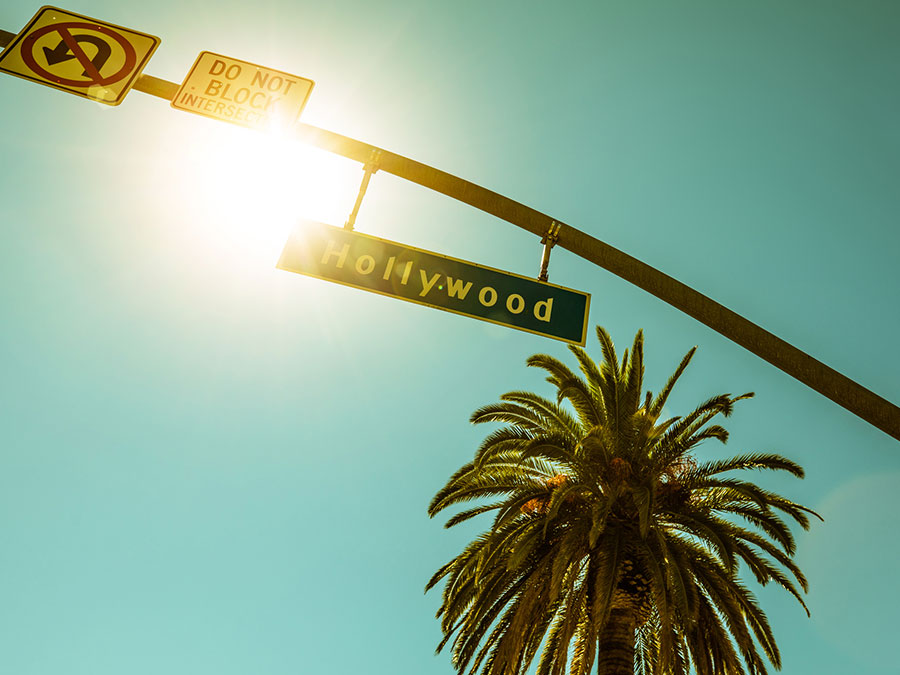 California is synonymous with movie stars, surfer dudes and counterculture movements (like hippies, who flourished in San Francisco in the 1960s). However, California culture is far more than a three-pronged fork.

California can be thought of as a micro-nation with two states: North and South. Residents of “NorCal” and “SoCal” share a healthy rivalry together and are fiercely proud of their areas. There are some interesting cultural differences between the two, including distinctive dialects.

Traditionally, Northern California is considered more forward-thinking and liberal, especially in cities like San Francisco. So much so that the term “San Francisco values” is often used to describe their political preference. Travellers to San Francisco should note that referring to the city as “Frisco” can cause offence to the city’s proud residents.

The film industry is massive business in Los Angeles, so if you see a movie, chances are someone in the theatre has some connection to its production. This is why it’s common etiquette to clap at the end of a movie, even if it fell a little flat.

Avoid rubbishing the movie when you’re shuffling out of the theatre, because the person behind you may be the mother of the producer. Similarly, tourists who stare at celebrities in the streets are considered rude.

And finally, don’t forget to tip… 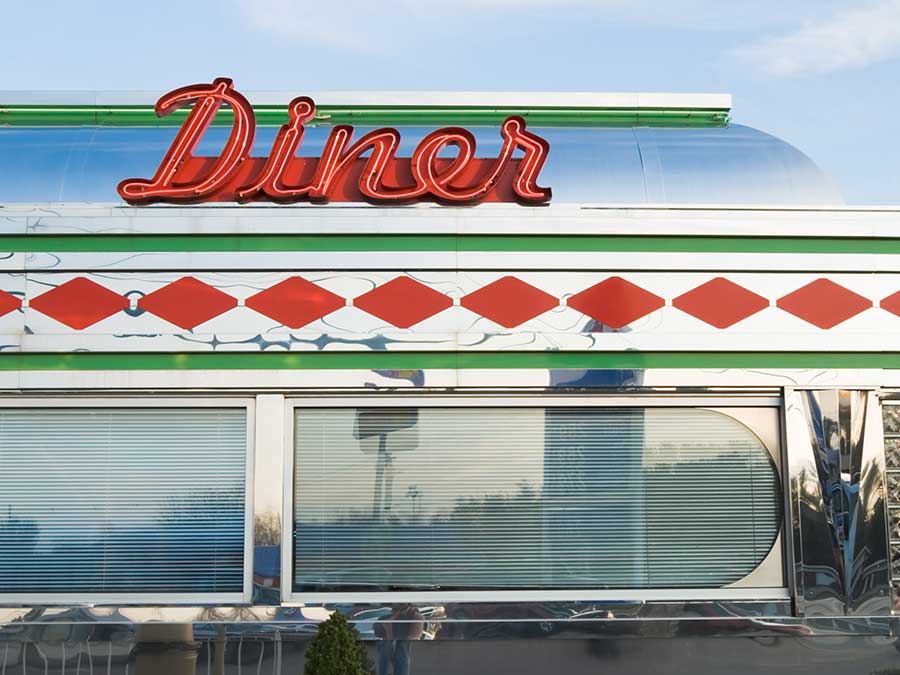 As much as the USA is a nation of contrast, there are a number of countrywide realities that travellers should be aware of. For example, tipping is considered a must because of low minimum wage rates across the country. Countless travellers have caused unintentional offence to wait staff who rely on tips to make a living.

Travellers should remember that while they’re not used to tipping at home, it’s expected of them in the USA. Even if your meal was not up to your standard, without tipping the server you take money out of their pockets, not the restaurant’s. Likewise, tipping is expected and appreciated by taxi drivers, hotel staff or anybody who provides you with a service, so ensure you have enough $1 bills to go around.