Japan has several large, bustling cities serviced by trains, buses and taxis. Tokyo is the largest metropolitan area in the world, with over 35 million people. It also has one of the most complex public transport systems in the world, so if you’re going to navigate it, you’ll need to do a little research before your trip.

Although some people speak English in Japan, it’s better to assume that you will need to navigate using only Japanese. Check out our phrase book to get your started with the basics. Make it a little easier to find your way around by looking online at the places you want to visit and the best way to get there.

Download maps for the public transport and tourist spots before you leave. We recommend Maps with Me, which works both offline and online. For train timetables and maps, try Navitime Transit. Google Maps also allows you to save maps to your device so you can access them offline to save on data roaming.

Trains are one of the best ways to get around Japan. They are quick, efficient and allow you to bypass the frequent traffic jams. Inner-city trains can be packed during peak times. If you’re travelling with luggage, plan your trip so that you can wait for a quieter time or catch a taxi. The crowded conditions are legendary; you may have seen the ‘people stuffers’ who are employed to squeeze as many people into each car as possible. 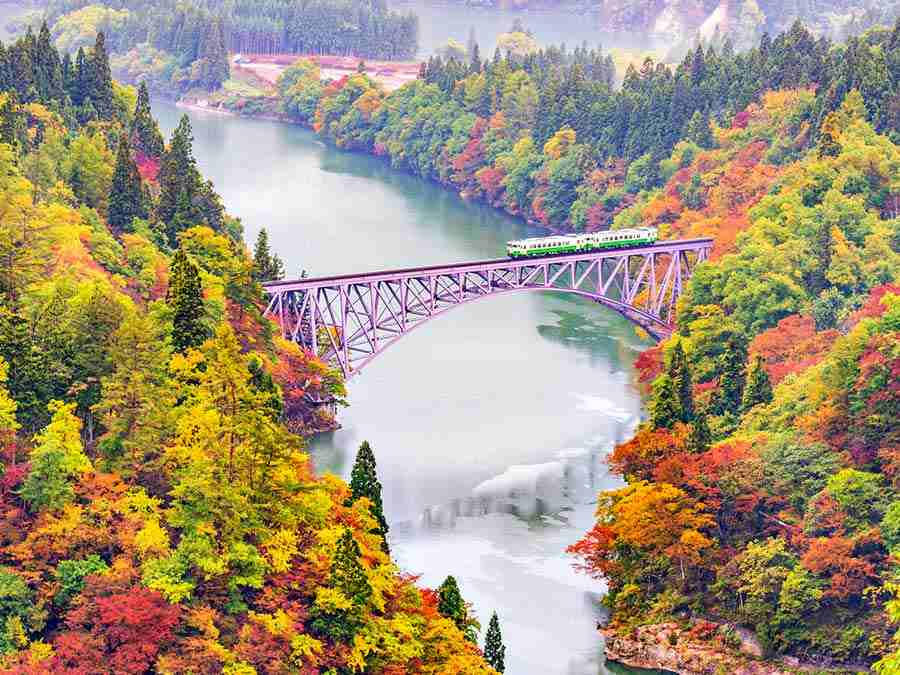 Although Japan is generally safe, there are enough cases of wandering hands for them to provide women-only carriages.

The inter-city trains are more accommodating for travellers with baggage and have the advantage of being very fast and punctual, meaning you can spend more time exploring your next destination rather than in transit. Conveniently, many of the major cities and towns in Japan can now be accessed by train.

If you’re catching a train, double check that it will definitely stop at your destination before you depart. There are many different types of services, from local (which stop at all stations), through to express and limited express (which stop at fewer stations), and even super-express, which have their own platforms and rails entirely.

Politely decline help from strangers who offer to assist you with purchasing train or bus tickets from machines. Ticket machines are generally quite easy to operate and although they’ll be in Japanese, there will be an ‘English language’ option. One of the safest ways to purchase a ticket is from an official employee at a ticket window.

Keep in mind when planning to catch scheduled departures that weather can affect your travel times, especially in northern Japan where the snow can be very heavy, or near the coast where typhoons can affect railway lines.

For the most part, taxis in Japan are very safe and theft is rare. Even so, as with many aspects of travelling, you need to be aware of those looking to take advantage of tourists and protect yourself from scams. 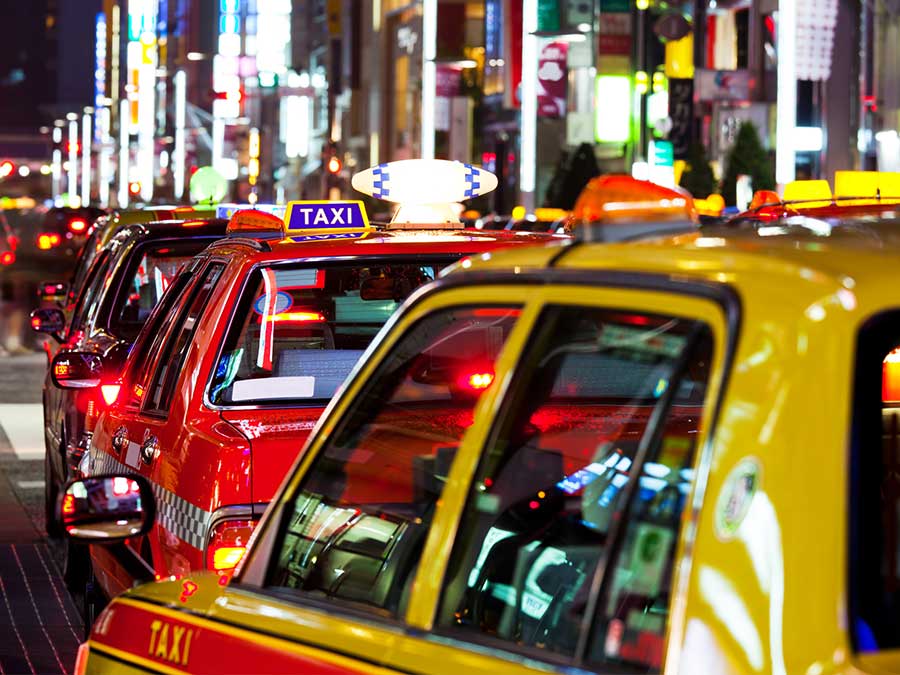 When travelling via taxi, we recommend you:

If you plan on driving a rental car make sure you’re familiar with both the road rules and the vehicle. If in doubt, ask your rental car provider for assistance. Car rental companies cater to English speaking visitors and can provide English GPS units, driving helplines and even chauffeurs if you’d rather not drive.

You will need to get an international driving permit (IDP) before you leave home. Remember to take your driver’s licence and IDP with you, and keep them both on you whenever you’re driving.

When hiring rental vehicles, always ensure you inspect the car thoroughly and avoid any scams by taking five minutes to photograph the car and any damage it may already have. Do the same when you return the vehicle and, if possible, make sure the car is inspected while you wait.

If you’re in a car – even a taxi – put your seat belt on. We’d rather see a claim for bruised ribs than have to arrange specialist medical care for head injuries or worse. It is also illegal to not wear a seatbelt whilst in a moving vehicle and you can be fined if caught.

If you plan to hire a car in Japan, keep in mind the following in order to be covered under your TravelCare policy:

Cars in Japan drive on the same side of the road as we do, but the traffic laws will vary. The minimum legal age for driving is 18 years old. There is zero tolerance on drink driving – even if you’re only having one glass – so if you plan to have a drink, book a taxi or use public transport instead.

Road signs on most of the major roads throughout Japan follow international standards and are usually in English, as well as Japanese. There may be exceptions in rural areas of the country.

Generally, the roads in Japan are safe, and drivers are polite and courteous. The main risks to be aware of are:

We recommend visiting the Japan Automobile Federation website, where you can find out more on driving rules, or purchase a road rules handbook.

You can rent bikes in most tourist areas and they are a great way to get around quickly. You should stick to the roads unless there are signs stating otherwise. When renting a bike, make sure you ask for a helmet and wear it at all times.

Most rental bikes come with a lock that is built into the wheel, which prevents thieves from rolling the rear tire. Many people don’t lock up their bikes with chains because bike theft is so rare in Japan. However, it’s best to ask the rental agency for advice on the safest way to secure the bike when you’re not using it. Dedicated bicycle parking is common in the cities and parking costs are generally low.

Be a responsible cyclist and follow these traffic rules at all times:

Although Japan has a reputation for being one of the safest countries in the world, it’s still important to keep in mind some general safety precautions:

We see a lot of claims for lost items that have been accidentally left behind on the plane or public transport. Try to get into the habit of always checking your seat whenever you get up to go. Five minutes before you depart your mode of transport, do a check for all your important items – keys, wallet, passport, phone – to make sure they’re all in check.

Japan often suffers from snow storms and typhoons. We recommend giving yourself a few extra days when traveling to and from ski fields and, in general, during the winter. You don’t want to be stuck in a snow storm when you have a flight to catch that evening!

Keep an eye on government travel advisory warnings for Japan before you depart and whilst you’re travelling around the country in case extreme weather is going to affect your plans.